In this three-part series, we’ll talk about whether energy drink bans are good or bad, what has been tried in the US, and the bans or restrictions in other countries.

PART ONE – Are Energy Drink Bans Good or Bad? Are They Effective?

In PART ONE of this three-part series, we’ll talk about energy drinks bans in general. Why do people want to ban energy drinks? How does an energy drink ban work? What drinks does it include and why?

It can be scary when your baby gets ahold of something they’re not supposed to have, something that could hurt them. One night I came home and noticed plastic confetti all around my dog’s bed. Gjalla doesn’t eat her victims, she tears them to shreds. That night Gjalla got ahold of my Cubs baseball hat. I was rooting for the Cubs that year even though my husband is from Wisconsin, which means what I did was worse.

I worry about my baby eating something like chocolate, something that could really hurt her. This kind of worry is why people are trying to ban energy drinks.

People who support energy drink bans want to keep their kids safe. This wouldn’t be the first time we’ve banned kids from buying things that could hurt them. In some states, people under 18 are not allowed to buy cough syrup, spray paint, or Sharpies. If you’re a kid caught buying a Sharpie, it goes on your permanent record.

But a ban on energy drinks – how would that work?

For starters, we need to know how much caffeine kids can have. Is it zero?

According to the American Academy of Pediatrics, kids can have 0-100 mg caffeine per day. Technically, caffeine recommendations are per bodyweight but some kids weigh more than some adults and personally, I don’t believe your weight defines you as a person. So let’s just say if you’re under 18, you get 0-100 mg caffeine, from all sources.

So we’re not just talking about Red Bulls and Rockstars, it’s also Caramel Macchiatos and Mountain Dews. Oh sure, you want to ban Red Bull, but don’t you dare come after my Pumpkin Spice Latte.

A standard can of Red Bull has 80 mg caffeine. A Grande Pumpkin Spice Latte has almost twice the caffeine — 150 mg. A Grande brewed coffee from Starbucks – over 300 mg caffeine – that’s more than 3 Red Bulls.

We can’t just ban energy drinks. Caffeine is the key ingredient doing all the work. The other so-called energy drink ingredients don’t come close to affecting your body the way caffeine does.

I know this adds up to more than 10 kids, but these 10 kids are allowed to drink more than one thing.

If we really want to protect kids from caffeine, we can’t just focus on the 10%. We can help all of them.

In this part, we’ll talk about one specific example of energy drink bans. Indiana Senate Bill 369 makes it a misdemeanor to sell, give, or distribute an energy drink to a minor. What drinks does this ban include and *MORE IMPORTANTLY* what are the loopholes? How well will this ban keep kids safe from energy drinks and/or caffeine?

Senate Bill 369, introduced January 2019, would make it a class C misdemeanor to sell, give, or distribute an energy drink to someone younger than 18 years old. A class C misdemeanor is the lowest level of criminal offense, punishable by up to 60 days in jail and a fine of up to $500.

The important part: how this ban defines an “energy drink”.

This particular ban defines an energy drink as a soft drink that contains 80 mg or more of caffeine per 9 fluid ounces and either a B-vitamins, an herbal ingredient, or any methylxanthine other than caffeine (which is just a fancy way of saying other sources of caffeine like guarana, yerba mate).

For starters, Red Bull is 80 mg per 8.4 fluid ounces. If Red Bull were larger (such as the 12 oz cans Red Bull also comes in), then yes, technically it would be more than 80 mg per 9 fluid ounces. Nonetheless, because the language of this ban specified 9 fluid ounces instead of mg caffeine-per-ounce, there’s potential for confusion around if minors can buy energy drinks smaller than 9 oz.

A third problem with the energy drink ban is that it doesn’t address coffee beverages at all. That’s a problem because Starbucks is one of the companies under the impression they need to come out with drinks with more and more and more caffeine. Starbucks Tripleshot Energy has more caffeine than the standard 8.4 oz Red Bull. It’s better to have multiple smaller containers than one container with the same amount of caffeine because of volumetrics.

Volumetrics principles indicate your brain will treat opening that second can of Red Bull as a “pause point”, giving you time to register you’ve had enough. On the contrary, Volumetrics indicates you will feel compelled to drink the whole Starbucks Doubleshot can.  Having to open a second container to get the same amount of caffeine as one big container means you will have time to stop before you have too much.

Even if a ban like the one proposed by Indiana passes, it won’t be effective and it certainly won’t prevent kids from buying things that have more caffeine than the maximum amount they can have in one day. Preventing someone from buying an energy drink isn’t really going to help. Instead, it would be much more effective to teach minors:

These lessons are actions we can all take that would be much more effective than an energy drink ban.

PART THREE – Energy Drink Bans and Laws Around the World

Bans, Laws, and Proposals Around the World: 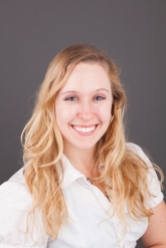 Danielle Robertson Rath is a food scientist, consultant, speaker, and the founder of GreenEyedGuide.com. Her book “Are You a Monster or a Rock Star: A Guide to Energy Drinks – How They Work, Why They Work, How to Use Them Safely” is widely considered the ultimate resource for caffeine drinkers everywhere. Danielle aka “GreenEyedGuide” started studying energy drinks while pursuing her bachelor’s degree in biochemistry and master’s degree in food science. She has been fascinated by caffeinated beverages and their ingredients ever since.

Get your copy of MY BOOK: “Are You a Monster or a Rock Star: A Guide to Energy Drinks — How They Work, Why They Work, How to Use Them Safely” on Amazon and NOW ON AUDIBLE

One thought on “Energy Drink Bans”

This site uses Akismet to reduce spam. Learn how your comment data is processed.